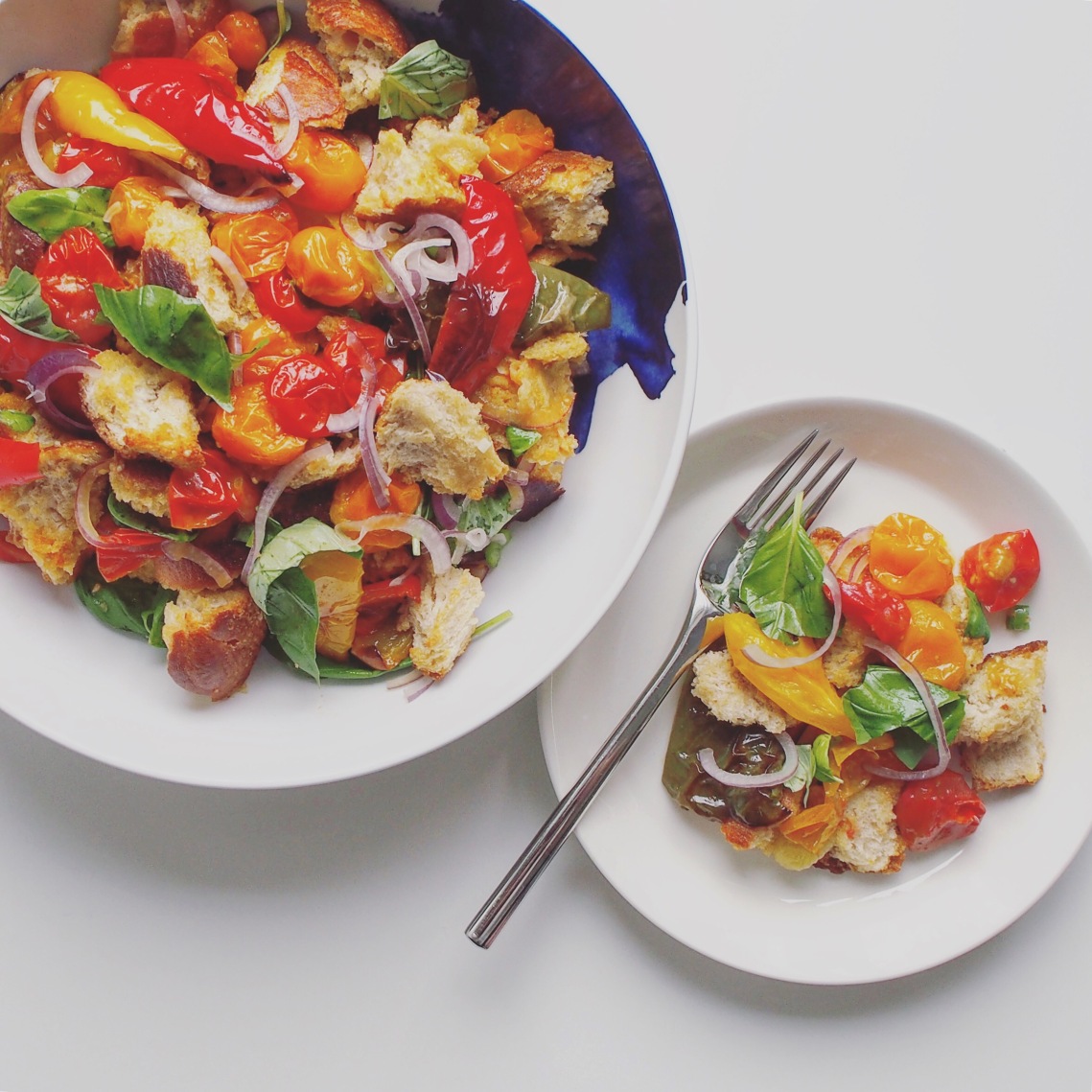 I fell in love with this salad whilst I was in New York for my birthday last December.  It is so simple but tasty and I love the way the toasted bread soaks up all the flavours from the roasted veg.  This is a great side dish to a summer bbq, not to mention the perfect way to use up slightly stale bread.  If you want to make this in advance, make all the elements and set to one side at room temperature.  Finally mix in the bread about 10 minutes before serving, as you want it to start to soften but still retain a bit of crunch

6 tbsp olive oil, plus a little extra for roasting

Preheat the oven to 180 degrees c.

Mix 3 tbsp of olive oil with the garlic, pour of the bread and toss well to coat everything.  Place in the oven and bake for 10 – 15 mins until golden. Set to one side to cool.

Place the tomatoes and peppers on separate trays, sprinkle with a little oil and roast until beginning to char.  The tomatoes will take roughly 15 mins, the peppers a little longer.  set to one side to cool.

Mix the onion and chilli with a little salt and leave to stand for 15 minutes, the onion will begin to soften.

Add all the elements into a large bowl and sprinkle with the remaining 3 tbsp of oil and sherry vinegar.  Mix lightly so not to turn the salad to mush.